This is just a short post for Friday. I have been working a fair amount with SSAS and the rest of the BI stack and recently  I was asked to install a default instance of SSAS on server that already had a named instance installed. I didn’t think this would take me a long time I had a quick look at Configuration Manager saw the named SSAS instance mounted up the ISO and off I went.

SSAS actually ships with an instance rename tool, this article on the Microsoft  site talks you through how to use it

My rename tool can be found her

The tool is called ASInstanceRename.exe 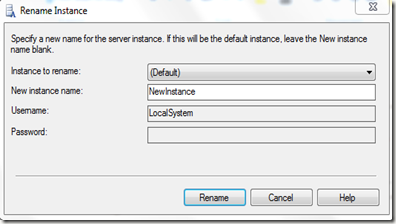 Email ThisBlogThis!Share to TwitterShare to FacebookShare to Pinterest
Labels: SSAS