At the end of July I was fortunate enough to visit the City of Angels, Los Angeles, or simply LA. This was a business trip, a result of some quite interesting work i have been completing. This past summer I have been involved in a new course development with Learning Tree and with most of development team based on the West coast of the USA the one face to face meeting that we needed to get everything together meant I had the opportunity to fly to LA and spend some time on the west coast.

This was a flying visit and with a long agenda, much work to do, and the pain of jet lag that always suffer with when I cross the pond I didn’t have a great deal of time for site seeing. That said I did seem some.

When I boarded the plane in London there was a group of lads who, as they eagerly informed the air hostess, who were in a boy band. I didn’t recognise them and i assume they are a band that are yet to make it as they were travelling in coach like me. The air host did make a point of saying that Aston from JLS was on the plane. So I was flying with somewhat of celebrity.

When the plane landed and I managed to clear security I bumped into said super star. He was very keen to get my photograph and I always like to please my fans so I posed for a photo. I jest. I jest. My wife is a big fan of JLS and when I explained this to him he kindly agreed to pose for a photo.

I then spent 4 days really struggling with the jet lag and trying to get a vast amount of work completed so I get home on Wednesday. I did have to time pop into Hollywood so I could get a picture of the sign and see some of the sights but that was about it. 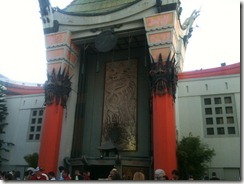 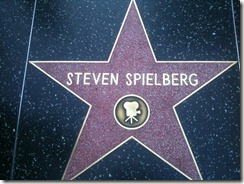 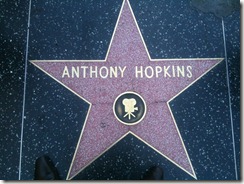 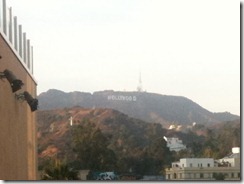 After the meeting concluded on the Wednesday I headed for the airport where i bumped into Brook Lopez of the Brooklyn Nets. Being a Brit and not really following the NBA in any real detail I didn’t recognise him at first after a brief chat when he told me his name and who he played for he went on his way. I didn’t think to get a pic until he was on his way, so just got the back of his head. At 7 foot tall he towered above me.

Any that’s one of the highlights of a very busy summer. I have a very busy and interesting autumn coming my way too hopefully I will find the time to take  a short holiday before that starts.